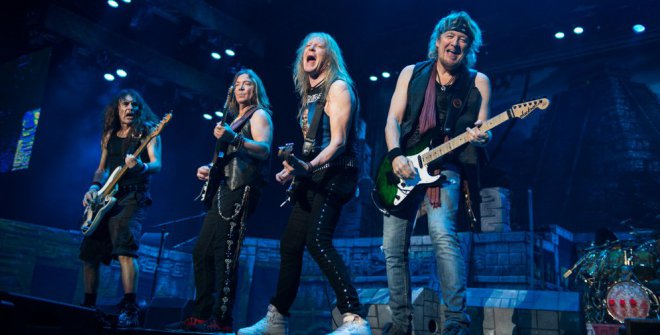 When 14 July
Where Wanda Metropolitano Stadium

Iron Maiden, one of the most important heavy metal bands, comes in concert as part of the Legacy of the Beast tour, which will begin in Tallinn and will end in London. 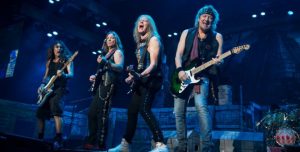 More than a group, Iron Maiden is an institution. The British group made up of Bruce Dickinson, Steve Harris, Dave Murray, Adrian Smith, Janick Gers and Nicko McBrain has sold over 100 million albums and has created a whole legion of fans all over the world. Iron Maiden is known for offering one of the best live performances of the genre.

The band was founded in 1975 by the bass player, Steve Harris, and Iron Maiden’s music promised to be legendary from the very outset. However, forty years of activity and sixteen albums also hide difficult moments. In 2015, the group announced that the vocalist, Bruce Dickinson, had tongue cancer, which he overcame the same year. His rapid recovery led to the release of a new studio album, The Book of Souls.

The latest tour, which will stop off in Madrid is inspired by the band’s game and comic of the same name, Legacy of the Beast. The staging will be based on different worlds and will include a repertoire of songs from the 1980s and surprises from recent years, which will add diversity to the concert’s set list.